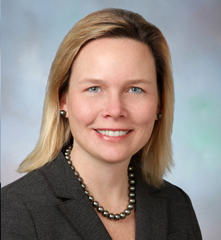 Lisa Hertzer Schertler is an experienced appellate litigator and legal writer. She joined Schertler Onorato Mead & Sears after serving approximately 13 years as a federal prosecutor specialized in appellate litigation. During her government tenure, Ms. Schertler argued three cases before the United States Supreme Court, one en banc case before the United States Court of Appeals for the District of Columbia Circuit, and dozens of cases in the District of Columbia federal and state appellate courts. Since joining the firm, Ms. Schertler has represented numerous clients in criminal, civil, and administrative matters before federal and state courts of appeals.

United States v. Paulus, 952 F.3d 717 (6th Cir. 2020). Ms. Schertler was principal author of the briefs filed in the United States Court of Appeals for the Sixth Circuit on behalf of a Kentucky cardiologist convicted of healthcare fraud and false statements and sentenced to five years’ imprisonment. The Sixth Circuit reversed the convictions based on a due process/Brady violation. The appeal also raised significant right-to-counsel issues under the Sixth Amendment resulting from ex parte proceedings conducted outside the presence of defense counsel. The defendant was released from federal custody following the Sixth Circuit’s decision.

United States v. Slatten, 865 F.3d 767 (D.C. Cir. 2017): Ms. Schertler was principal author of the legal arguments that led the United States Court of Appeals for the D.C. Circuit to reverse the mandatory 30-year sentences of three former State Department security contractors convicted of manslaughter, attempted manslaughter, and an 18 U.S.C. § 924(c) firearm offense in connection with their discharge of government-issued weapons in the Baghdad, Iraq war zone in 2007. The D.C. Circuit held that on these facts, the mandatory 30-year sentences under § 924(c) violated the Eighth Amendment prohibition on cruel and unusual punishments. At resentencing following the appeal, our client’s sentence was reduced by more than half.

United States v. Cone, 714 F.3d 197 (4th Cir. 2013). Ms. Schertler obtained a favorable result in the Fourth Circuit for a client who had been convicted of criminal trademark counterfeiting in the Eastern District of Virginia. The Fourth Circuit vacated several of our client’s convictions, finding that the government’s theory of guilt was not supported by the criminal statute. At resentencing following the appeal, our client’s sentence was reduced from five years to time served.

Goss v. Estate of Jennings, 51 A.3d 761 (Md. Ct. Spec. App. 2012). Ms. Schertler successfully defended the jury’s verdict in a wrongful death action involving a state inmate who was killed while performing roadside job duties as part of his custody in the Maryland Division of Corrections.

United States v. Joshua, 607 F.3d 379 (4th Cir. 2010). Ms. Schertler prevailed over the federal government in a significant appeal in the United States Court of Appeals for the Fourth Circuit relating to the scope of the federal civil commitment scheme. Ms. Schertler’s victory resulted in the immediate release of the firm’s client, a military prisoner who had been certified for civil commitment by the Attorney General.

At the federal and state trial court level, Ms. Schertler is active in the firm’s criminal sentencing and criminal and civil motions practices. As one recent example, Ms. Schertler prevailed on a motion to dismiss the Controlled Substances Act counts of a federal indictment in an online pharmacy prosecution in the United States District Court for the District of Columbia. See United States v. Akinyoyenu, 199 F. Supp. 3d 106 (D.D.C. 2016). Ms. Schertler also has represented current and former federal prosecutors in matters before the Department of Justice Office of Professional Responsibility.

Immediately before joining Schertler Onorato Mead & Sears, Ms. Schertler served as an Assistant to the Solicitor General in the Department of Justice. In that capacity, she argued three criminal cases before the United States Supreme Court and briefed a variety of other matters in the Supreme Court. In addition, Ms. Schertler was an Assistant United States Attorney in the District of Columbia for more than a decade. She served as Deputy Chief of the Appellate Division, as a senior attorney in the Appellate Division, and as a trial prosecutor. In 1997 and 1998, Ms. Schertler served as Associate Counsel to the President in the office of the White House Counsel. Earlier in her career, Ms. Schertler was an associate at the law firm of Covington & Burling.

Ms. Schertler has guest lectured on oral advocacy at the University of Virginia School of Law and has served as a distinguished speaker within the Bar on the topic of legal writing.