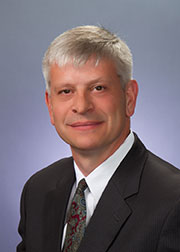 Chris Mead became a named partner at Schertler Onorato Mead & Sears in 2019. He remains of counsel at London & Mead, the firm that he co-founded in 1994 after almost six years as a federal prosecutor. Mr. Mead has been named as a Fellow in the American College of Trial Lawyers, repeatedly listed as one of the top 100 lawyers in Washington, D.C. by the Washington Post and Washingtonian Magazine, and listed in Super Lawyers and Best Lawyers for civil litigation and white-collar criminal defense. Mr. Mead has successfully tried dozens of cases to verdict as lead trial counsel. He has extensive experience in a wide range of substantive areas that include patent litigation, pharma regulatory and marketing litigation, securities and accounting litigation, whistleblower litigation, and complex civil litigation.

Although Mr. Mead is not a member of the PTO bar, a Fortune 500 company has asked him to serve as lead counsel in two patent trials. He won both. One resulted in a verdict of non-infringement on most claims and a finding of invalidity on others, even though the PTO had previously rejected a re-examination. The other patent trial resulted in a publicly-valued settlement in excess of $90 million after a jury verdict upholding the validity of the client’s patents and finding infringement. Since winning those trials, Mr. Mead has represented clients in all non-PTO phases of patent and trademark litigation. Amgen added Mr. Mead to its trial team in litigation over Amgen’s breakthrough patents for PCSK9 antibodies, which resulted in two successive jury verdicts upholding Amgen’s patents. In addition, Mr. Mead represented a major insurance company in the defense of a case alleging architectural copyright infringement. The district court entered summary judgment in favor of defendants.

While serving as an Assistant U.S. Attorney for the District of Maryland from 1989 to 1994, Mr. Mead was lead counsel in the prosecutions of numerous pharmaceutical companies and executives. He was awarded the FDA Commissioner’s Special Citation for Prosecutions of Application and Manufacturing Fraud. In private practice, Mr. Mead has represented numerous physicians, pharma and health care executives, lawyers who gave regulatory advice to health care companies, and pharma sales reps and managers in investigations related to allegations of off-label marketing, Anti-Kickback violations, regulatory and reporting issues, and manufacturing quality issues. He won complete acquittals in criminal trials for the owner of a cardiac home monitoring company and for an internet pharmacy company. He was lead counsel for a physician/owner of a health care provider that was the subject of a government sting and subsequent search warrants, and successfully negotiated a civil resolution without criminal charges or debarment. He has represented physicians and hospital executives in False Claims Act investigations.

Mr. Mead represented numerous former executives of Enron, several of whom were threatened with potential criminal prosecution but were not charged. He represented the former General Counsel of Enron Global Finance in litigation brought by the Securities and Exchange Commission, which successfully settled without an admission of liability or an Office and Director bar. He represented uncharged accounting managers in major public accounting fraud matters, including the WorldCom and Safety-Kleen investigations. He has represented accountants and counsel at accounting firms in securities, accounting, and tax fraud investigations. Mr. Mead successfully negotiated a deferred prosecution agreement without an admission of liability for the former President of a failed computer startup who had been federally indicted for securities fraud.

Mr. Mead has represented business owners and executives in criminal investigations of government contracting fraud. He represented the owner of a national security contractor and successfully persuaded the Department of Justice to drop the investigation several years after the execution of search warrants. He represented the owner of a government contractor criminally charged with providing the government with below-standard products. After two weeks of a strong trial defense, the Department of Justice agreed to drop the charges against the owner, and Mr. Mead negotiated a civil resolution for the company and a Corporate Integrity Agreement that avoided debarment. He has persuaded the Department of Justice not to charge or sue contractors alleged to have overbilled the government.

Mr. Mead frequently represents clients in business disputes and contract litigation, understanding that controlling attorneys’ fees is part of the equation for every client. He won a jury verdict of no liability for a major supermarket chain in a complex contract dispute. He was lead counsel for an antitrust plaintiff in a case against a Fortune 500 company that was not a follow-on to any government investigation. At one point, over 25 lawyers from two major firms had entered their appearances for the defendant. The case successfully settled before trial. Mr. Mead was lead counsel for an entrepreneur in a contract dispute with another Fortune 500 company involving terms and performance of an acquisition agreement, after the entrepreneur was locked out of his office and terminated. The case successfully settled.

Mr. Mead has represented congressional staffers in public corruption and election law investigations. He was part of the defense team for a major Washington, D.C. developer charged with public corruption violations. After a successful trial defense, the client received probation.

Mr. Mead represented a utility employee presented with a draft indictment by the Department of Justice. After Mr. Mead made a presentation to the prosecutors and top management of the Environmental Crimes Division, the Department decided not to bring charges. Mr. Mead has represented business executives in environmental investigations involving alleged illegal waste disposal and clean water violations.

Mr. Mead defends individuals and corporations in False Claims Act investigations. He has also been lead counsel for whistleblowers in selected cases that have resulted in public settlements with payments to Mr. Mead’s clients of over $60 million.

1985-1986: law clerk to the Honorable Joseph H. Young, U.S. District Judge for the District of Maryland.

1994: Special Assistant U.S. Attorney, District of Columbia, lead counsel in prosecution of a generic drug executive represented by Fried, Frank, et al. who was convicted after trial of perjury to Congress.

Mr. Mead has been named as a Fellow in the American College of Trial Lawyers, repeatedly listed as one of the top 100 lawyers in Washington, D.C. by the Washington Post and Washingtonian Magazine, and listed in Super Lawyers and Best Lawyers for civil litigation and white-collar criminal defense. Mr. Mead also is a repeat instructor for the National Institute of Trial Advocacy (NITA) and co-chair of the Bench/Bar Liaison Committee for the U.S. District Court of Maryland. He is a repeat speaker at conferences on topics including the Food, Drug & Cosmetic Act, health care investigations, whistleblower law, and government contracting.