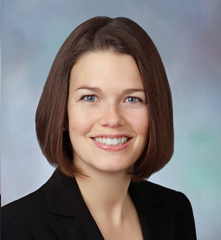 Lisa Manning represents clients in matters ranging from state-level criminal cases to global investigations. Her practice focuses on representation of individuals in civil and criminal litigation, investigations, and expungement.

Ms. Manning joined Schertler, Onorato, Mead & Sears, LLP as Counsel in 2011 and was promoted to Partner in 2018. Prior to joining the firm, she founded Record Absolutions, a law practice dedicated to criminal record mitigation and related issues.

Her experience includes cases involving the Foreign Corrupt Practices Act, antitrust (cartel) matters, the Office of Foreign Assets Control, fraud, securities, government contracts, and local criminal defense. Ms. Manning frequently advocates for clients in court, including criminal and civil trials. In addition, she has represented both individuals and entities in numerous subpoenas and other government inquiries – such as regulatory, grand jury, and Congressional investigations. She has also assisted numerous clients successfully expunge or mitigate their criminal records.

Ms. Manning has been recognized by Super Lawyers in the field of White-Collar Criminal Defense for each of the past four years. The National Trial Lawyers named her on its 2017 “40 under 40” List for Washington, DC. She was awarded Young Lawyer of the Year by the Bar Association of the District of Columbia in 2015, and has served as the Chair of its Young Lawyers Section. Ms. Manning is a graduate of the District of Columbia Bar’s John Payton Leadership Academy.