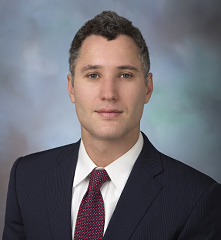 Joseph Gonzalez is Of Counsel with Schertler Onorato Mead & Sears. His practice focuses on white-collar matters, government investigations, securities litigation, and a wide array of civil litigation. Since leaving government practice in 2016, Mr. Gonzalez has drawn upon his trial attorney background and expanded his local federal practice to the national level. He has extensive experience litigating all phases of civil cases, from the filing of a complaint through discovery and, if necessary, trial. Mr. Gonzalez frequently handles civil actions that arise out of matters handled by the firm’s acclaimed criminal white-collar practice.

Traditional Tort Defense – Served as lead defense counsel for corporate entities and executives in lawsuits filed in both local and federal courts. Won numerous cases via motion to dismiss and summary judgment.

Before joining Schertler Onorato Mead & Sears, Mr. Gonzalez served for five years as an Assistant Attorney General in the Civil Division at the Office of the Attorney General for the District of Columbia. There, Mr. Gonzalez took a dozen cases to trial and obtained successful civil defense verdicts in all his first-chair appearances. Mr. Gonzalez handled all aspects of litigation, including depositions, selecting expert witnesses and corporate designees, motions practice, hearings, mediation, and trial. He won over 35 dispositive motions, resulting in 20 published decisions.

Mr. Gonzalez’s recent trial victories have been covered by local media outlets, including The Washington Post, the City Paper, and local news channels.