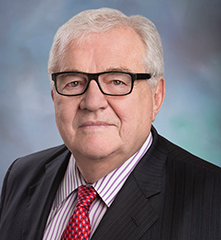 Robert S. Bennett is a former federal prosecutor and a leading member of the defense bar. Mr. Bennett is renowned in his field as an exceptional trial lawyer who has handled numerous high-profile cases and has represented corporations and individuals, including corporate directors and officers, in criminal, civil, SEC enforcement, and congressional matters. Mr. Bennett has been listed repeatedly in various publications as one of the nation’s most influential and successful litigators.

Mr. Bennett has co-chaired several American Bar Association National Institute programs on the defense of corporations and their officers in parallel grand jury and administrative agency investigations. He has written and lectured on complex criminal and civil matters, and crisis management issues. He also is a fellow in the American College of Trial Lawyers, an elite organization of the country’s leading trial lawyers.